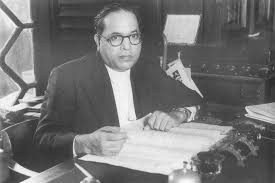 The need of understanding and positioning Babasaheb Ambedkar in the current turmoil.

As we see today, the world is in great turmoil and not only the Dalits, but the people all over the world concerned with human survival and humanity are looking at the solutions. Where are the solutions? And are we capable of even understanding and framing the problem are the bigger questions?

One of the greatest geniuses of Babasaheb Ambedkar was to understand and frame the problems. Some of his writings begin with the questions and in the framing of questions lies the beginning of understanding the problems and their eventual solutions.

If we do not understand the problem, we can’t find their solutions. This is the first step.

The problem of human emancipation.

In his important speech delivered in 1936, Babasaheb Ambedkar discussed the question of Which Way Liberty? This speech answers the questions facing the untouchables. And the readers can study it.

The problem of constitutional democracy.

Babasaheb Ambedkar was a lover of democracy, but his love was not confined to the parliamentary democracy alone. One can see many deep comments on democracy and its varied definitions in the writings and speeches of Babasaheb Ambedkar. While all the discussion is centered on the electoral democracy today, Babasaheb Ambedkar looked at the multivariable definitions of democracy. His concept of social, moral, intellectual, economic, and political democracy is never discussed or even talked about. The failures of western democracies like the UK and the USA are exposed glaringly in Coronavirus. The two countries at the helm of cultural and ideological “power” appeared too weak in the light of the Coronavirus pandemic.  The state is in shambles ruled by authoritarian despots like Johnson in the UK, Trump in the USA, and their crude imitator, Modi in India.

While the countries where the “state” is consolidated, the people are safe due to the handling of “socialistic” questions. If the state is not going to deal with the social question and social equation, then that state, that government, and that administration is useless for the people. India’s blind following of this “unsocial” and “anti-social” state model is causing so much suffering to India’s masses. When are, at least the Ambedkarites, look into the democracy from Babasaheb Ambedkar’s lenses?

The problem of discrimination and social stratification.

The problem of Rupee.

Positioning Babasaheb Ambedkar will need a lot of intellectual vigor, commitment, and hard work from the people, but before that the serious, committed, and in-depth study of Babasaheb Ambedkar’s thoughts is essential and precondition for liberation. The Ambedkarite movement has great power with them with the thoughts and systems of thinking created by Babasaheb Ambedkar, perhaps this engagement with him with intellectual vigor is the only way forward, be it the annihilation of caste, making societies democratic, achieving freedom from want and fear, or the new religion for modern human beings.

Why are we squandering our wealth present in the writings and speeches of Babasaheb Ambedkar?